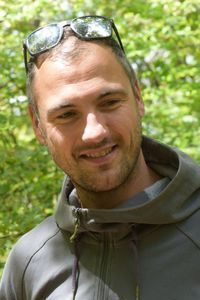 In the summer of 2018, towards the end of his bachelor degree’s studies in Geology at Sofia University “St. Kliment Ohridksi”, Aleksandar  attended a three months internship program at Elacite open-pit mine, where he learned in detail drill-core logging and data analysis and structural and geotechnical mapping in the operating mine. In the autumn of the same year, he acquired his BSc in Geology and continued in the Master program, specializing in structural geology. In December, he joined Murgana team. His Master thesis is focused on the structural control of ore deposits. In addition to his interest in structural geology, Aleksandar is interested in mineral exploration and analysis of metallic mineral resources and mineral resources development. He is actively involved in a number of academic projects studying ore mineralisation and mineral occurrences in Bulgaria and Antarctica.

back to our team